OUR DOOR IS ALWAYS OPEN

Homelessness for youth means more than the absence of a safe place to sleep, enough food to eat or shelter from the cold. Homelessness means a lack of safe, stable, reciprocal relationships and vulnerability to dangers such as physical assault, sexual assault, or human trafficking.

Homeless youth are often invisible. In Washtenaw County, we don’t see many youth sleeping on sidewalks, but we know there are over 2.5 million homeless youth in America and approximately 1300 in Washtenaw County each year. These resilient youth often move from one relative – without the resources to really help them – to another. They couch surf: sleeping on friends’ couches until they outstay their welcome, only to live on another friend’s couch for a short time, never acquiring the resources they need to find stability.

Tragically, many endure trauma or exploitation in exchange for a place to sleep. Up to 40% of youth who are homeless identify as Lesbian, Gay, Bisexual, Transgender, or Questioning. These youth are at higher risk than their peers for bullying, violence, exploitation, and discrimination.

Ozone House is available 24/7 to help youth get out and stay out of these situations. At Ozone House, youth find safety and nonjudgmental support from adults and peers. Whether youth need shelter, housing, individual or family counseling, 1:1 support and life skills, a job, to enroll in school, or a hot meal, our door is always open.

Since 1969, we have actively developed unique, high-quality housing and support programs and services that provide support, intervention, training, and assistance to runaway, homeless, and high-risk youth and their families.

Through these support services, we help youth develop essential life skills, improve their relationships, and enhance their self-image so that they may realize their full potential for growth and happiness.

I love that this is a safe place. I like being able to just talk about LGBTQ things and not have to hide or feel ashamed.

OUR AWARDS AND RECOGNITION

Ozone House’s continuum of care is nationally recognized as a model of innovative and effective care. Services are designed to offer youth the resources and skills they need to reach their full potential and contribute their best to the world. Here are some of our awards: 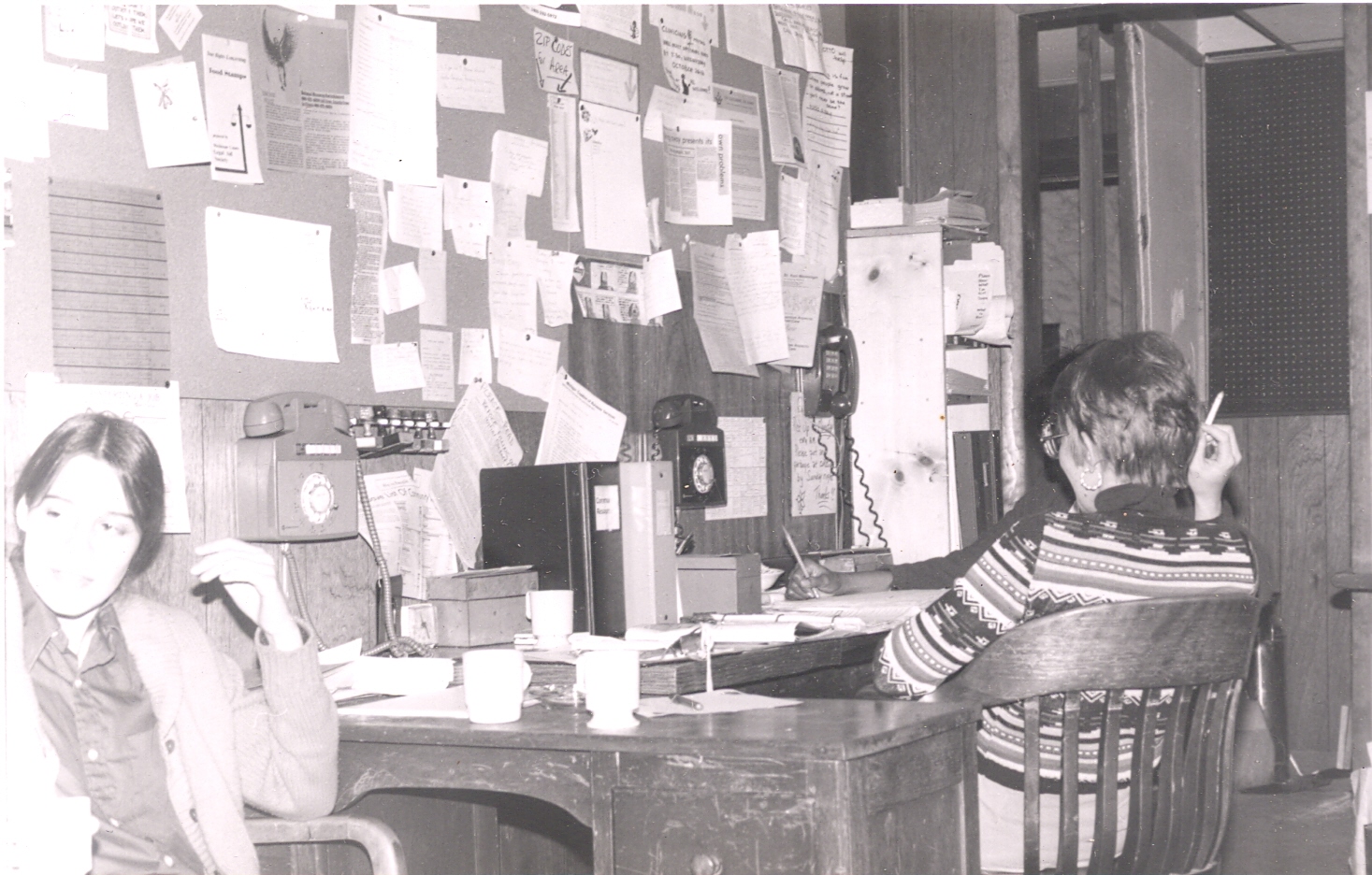 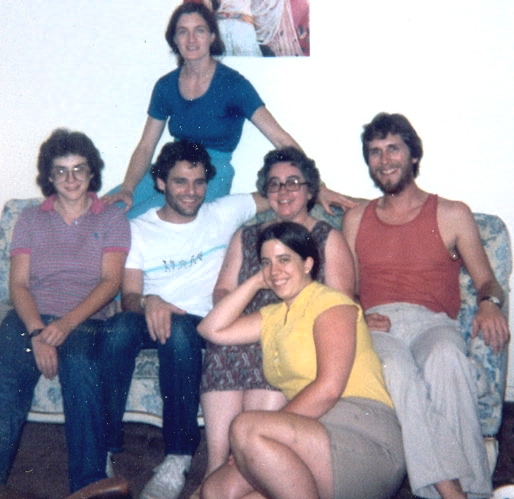 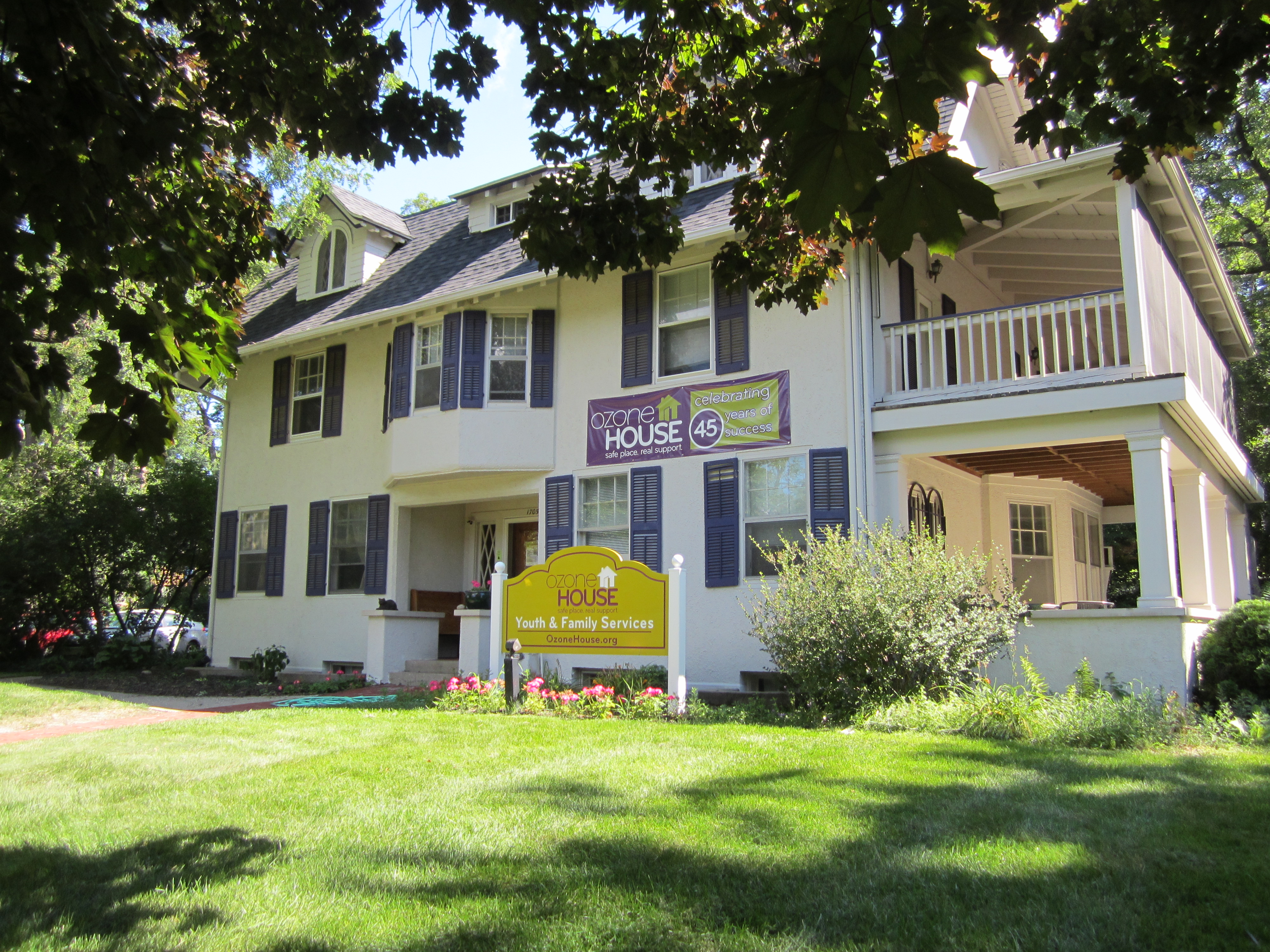 1969: Ozone House began in the basement of Canterbury House by Ann Arbor residents concerned about the well-being of young people flooding the community as part of the counterculture movement.

Our Name: The lyrics from a popular local band, Commander Cody and His Lost Planet Airmen “Lost in the Ozone Again”, inspired the name of the newly hatching agency, capturing its radical roots but also reflecting the organizers’ strong desire to appeal to the youth of the period and meet their unique needs.

Ozone House was initially run as a collective. Influenced by its Quaker and Rainbow People’s Party founders (Larry Clark, Don Koster and Shirley Nelson). Staffed by young, hip, volunteers, dressed casually to inspire trust and understanding – Ozone House provided a safe haven and free, confidential crisis counseling. It was among the first agencies in the nation to offer this type of youth-initiated service.

1971: The Ann Arbor Citizen’s Council, by unanimous vote, appropriated $6,000 to Ozone House, one-third of which was contingent on the agency finding matching contributions, which they did.

The fledgling agency moved many times in rapid succession—from to 621 E. William Street to 302 E. Liberty to the old Fisher Cadillac building located at 502 E. Washington—before settling into a more permanent home at 608 N. Main Street where it resided for the next twenty years.

In 1975—a year that the U.S. Department of Health, Education and Welfare named Ann Arbor among the top 20 cities attracting runaway youth—Ozone House received its first federal grant allowing it to launch a 24-hour crisis line, offer family counseling services and eventually add foster parenting services to its growing list of interventions. Ozone House was among the first of the nation’s alternative agencies to receive these newly available federal funds under the Runaway Youth Act.

During the 1970’s Ozone House began disseminating its knowledge through wide-ranging outreach and community education efforts, including conducting workshops in public schools, universities, and other public forums as well as launching a Dear Abby-like advice column in the Ann Arbor News called “We’re People Too.”

1980s: Concerned about “throwaway” youth—those whom had been put out by their parents—and the lack of public services for 16-18 year-olds (youth who were mostly too old for foster care and too young for adult programs)—Ozone House established Miller House in the mid-1980s. Miller House, a transitional living program, provided free room and board to homeless young adults while helping them develop independent living skills.

1989: Ozone House celebrated its 20th year birthday with a benefit at the Blind Pig featuring C.J. Chenier and the Red Hot Louisiana Band; Peter Madcat Ruth and Catfish Keith and the debut performance of the Ozone House Band.

1993: Ozone House lost federal monies that had been used to support its transitional living program, Miller House. Ozone House was forced to close Miller House for a year, dislocating young adults who were relying on the program for housing and forcing the agency to lay off five staff members and reassign another three. Miller House was able to reopen the following year and remains serving young people to this day.

1995: Ozone House restructured with a more traditional and hierarchal administrative structure. Ozone House still relied on about 40 dedicated and well-trained volunteers to help meet the service demands of youth, but by the early 1990s it was also employing a highly qualified paid executive director as well as 14 full-time and 10 part-time paid staff.

1997: Ozone House staff solicited public suggestions for re-naming the agency in a way that might “better project its image”. In the end, the agency chose to retain its well-established name.

Also in 1997 Ozone House left its Main Street home and moved to its current location at 1705 Washtenaw Ave. The new building provided more space for the administrative staff as well as accommodating an emergency crisis shelter for younger youth (ages 10-17). The six-bed facility serves the Ann Arbor community to this today.

Two years later, in 1999, Ozone House opened a drop in center in Ypsilanti targeting under-served youth in the area.

2016 – Joint venture with WISD on The Education Project, expanding our service of keeping homeless school-aged youth in school. Ozone House also added counseling services for college students at both EMU and WCC through the MORE program.

While Ozone House has changed quite a bit over the years, the agency remains dedicated to meeting the needs of at-risk youth in the community.  Its diverse services include emergency shelter, transitional living, a crisis line, individual and family counseling, case management, job training, and youth leadership opportunities. Volunteers continue to play a vital role– especially in staffing the crisis line. Ozone House founders can be proud that these services remain confidential, free, and rooted in the belief that if young people have a safe place with real support they can find their way to a better future.

Announcement of New Interim Executive Director November 11, 2022 by Megh Hollowell - The Ozone House Board of Directors is pleased to announce that Kellie Rutledge, LMSW (she/her) has been named Interim Executive… ... MORE >

I came to Ozone House because I got in trouble at school and had trouble at home.

Your generous support ensures that we can offer a safe place and support – free of charge –
to hundreds of homeless and runaway youth in our community.